Typeset in the Future: Typography and Design in Science Fiction Movies

Typeset in the Future: Typography and Design in Science Fiction Movies by Dave Addey

In Typeset in the Future, blogger and designer Dave Addey invites sci-fi movie fans on a journey through seven genre-defining classics, discovering how they create compelling visions of the future through typography and design.

Typeset in the Future is an obsessively geeky study of how classic sci-fi movies draw us in to their imagined worlds—and how they have come to represent “THE FUTURE” in popular culture.

The book contains new and expanded TITF studies for seven all-time classic science fiction movies, in a form that is beautiful enough to adorn even the most discerning of coffee tables. It’s the perfect holiday present for the design / sci-fi geek in your life, even if that geek happens to be yourself.

For the book, I’ve hand-picked seven classic sci-fi movies, focusing on those that create a detailed vision of the future through design and typography. (The list is also heavily inspired by requests I’ve received on TITF over the past few years.)

The book also includes interviews with sci-fi, typography, and design experts, including:

Stephen Coles, co-founder of Fonts In Use, author of The Anatomy Of Type, and Associate Curator at Letterform Archive.

And if that’s not enough, there’s also:

A study of the tricks movies use to make their worlds look realistic without distracting you from the plot. A detailed guide on how to make your own text look futuristic. A study of futuristic movie font Eurostile Bold Extended. A foreword from Matt Zoller Seitz, editor-in-chief of RogerEbert.com, and author of New York Times bestsellers The Wes Anderson Collection and The Wes Anderson Collection: Grand Budapest Hotel.

Four existing articles from typesetinthefuture.com have been revised and expanded for the book, with even more geeky detail than the originals. (The book’s 2001: A Space Odyssey chapter already contains twice as much goodness as when I first studied the movie in 2014.) Three new studies have been written entirely from scratch, alongside in-depth interviews with the typography and sci-fi experts listed above. Sounds great! I’m going to buy a copy right now.

Dave Addey is the creator of the website Typeset in the Future, a detailed, geeky, and humorous study of the design and typography of classic science fiction movies. He is a designer, writer, and software developer based in Santa Cruz, California. Matt Zoller Seitz is the editor-in-chief of RogerEbert.com, the TV critic for New York Magazine, the author of The Wes Anderson Collection, The Wes Anderson Collection: The Grand Budapest Hotel, The Oliver Stone Experience, and Mad Men Carousel, and the coauthor of TV (The Book). He is based in New York City. 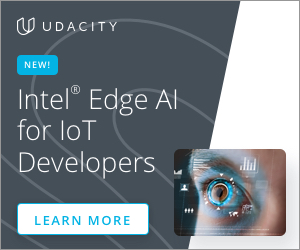 This comprehensive collection offers a thorough overview of typeface design from 1628 to the mid-20th century. By sign writers, inscription carvers and calligraphers.

Typography Fundamentals, The Designer’s Dictionary of Type, Typography: Graphic Design in Context, The Visual History of Type and other typography books.

Typeset in the Future: Typography and Design in Science Fiction Movies