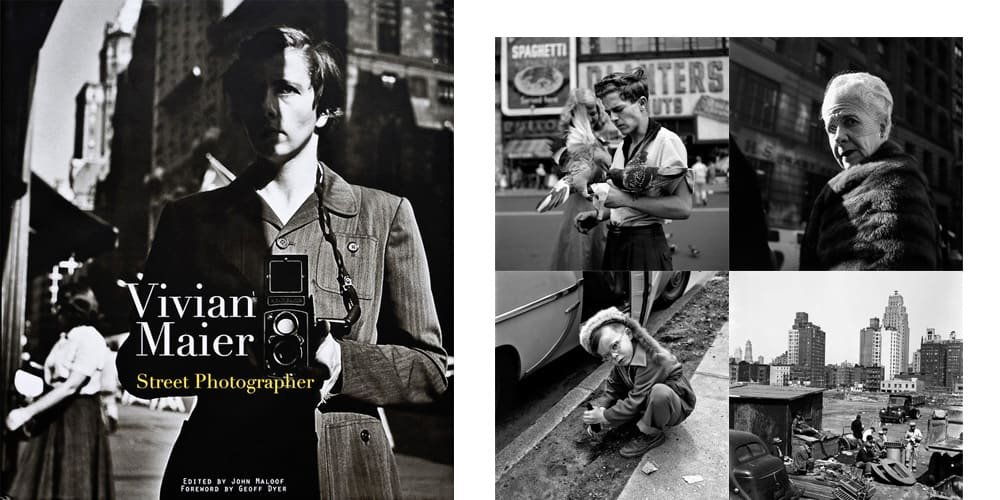 The original, instant classic which set the world afire. The first book to introduce the phenomenon that is the life story and work of Vivian Maier. A good street photographer must be possessed of many talents: an eye for detail, light, and composition; impeccable timing; a populist or humanitarian outlook; and a tireless ability to constantly shoot, shoot, shoot, shoot and never miss a moment.

It is hard enough to find these qualities in trained photographers with the benefit of schooling and mentors and a community of fellow artists and aficionados supporting and rewarding their efforts. It is incredibly rare to find it in someone with no formal training and no network of peers.

Yet Vivian Maier is all of these things, a professional nanny, who from the 1950s until the 1990s took over 100,000 photographs worldwide—from France to New York City to Chicago and dozens of other countries—and yet showed the results to no one. The photos are amazing both for the breadth of the work and for the high quality of the humorous, moving, beautiful, and raw images of all facets of city life in America’s post-war golden age.

It wasn’t until local historian John Maloof purchased a box of Maier’s negatives from a Chicago auction house and began collecting and championing her marvelous work just a few years ago that any of it saw the light of day. Presented here for the first time in print, Vivian Maier: Street Photographer collects the best of her incredible, unseen body of work. John Maloof’s documentary, Finding Vivian Maier, was nominated for a 2015 Academy Award. 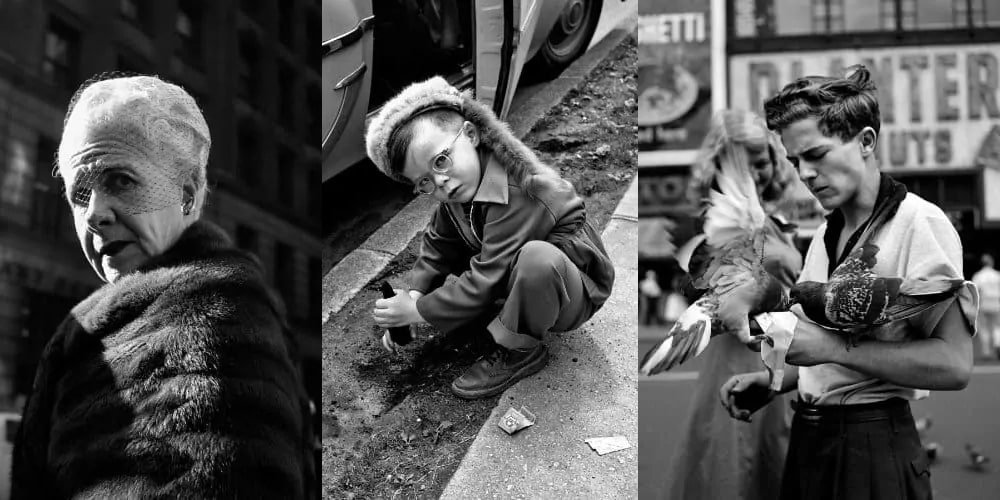 “Her work alternately brings to mind Lisette Model, Leon Levinstein, Harry Callahan, Garry Winogrand, Weegee, Helen Levitt, and Robert Frank. But the uncracked nut at the core of her mystery is this: Why didn’t Vivian Maier show anyone her pictures?” – Wall Street Journal. “Show-cased in the new book Vivian Maier: Street Photographer, out this month from powerHouse-rivet the viewer with the extreme vulnerability of her subjects.” – Vanity Fair.

“An unassuming Chicago baby sitter named Vivian Maier was one of the pioneers of street photography.  But for 60 years, nobody knew it.” – The New York Times Style Magazine. “[Maier] is gifted visual thinking with a strong sense of self. Through [her] lens, self-shadows and window reflections are deftly composed more about context than the figure at the center” – American Photo. “Saved from obscurity, the work of an unknown street photographer is, at last, coming out of the shadows.” – Anthony Mason, CBS News.

“An undiscovered artist whose photography is now being compared to the giants, a reclusive woman who, in death, is attracting the kind of attention and acclaim she would have shunned in life.” “A combination of straight forward portraits, mirrored reflections, and abstract self-portrayals, the collection... Attempts to put a face to the name that’s most recently captured the photography world’s attention” – The Huffington Post.

There is still very little known about the life of Vivian Maier. What is known is that she was born in New York in 1926 and worked as a nanny for a family on Chicago’s North Shore during the 50s and 60s. Seemingly without a family of her own, the children she cared for eventually acted as caregivers for Maier herself in the autumn of her life. She took hundreds of thousands of photographs in her lifetime but never shared them with anyone. Maier lost possession of her art when her storage locker was sold off for non-payment. She passed away in 2009 at the age of 83.

John Maloof is an author and street photographer involved in the historic preservation of Chicago’s Northwest Side. He discovered the first negatives of Vivian Maier’s work in 2007 while compiling a book about the history of the neighborhood where he grew up.

Geoff Dyer’s books include But Beautiful (Picador, 2009), Yoga For People Who Can’t Be Bothered To Do It (Vintage, 2004), The Ongoing Moment (Vintage, 2007) winner of the ICP Infinity Award for writing on photography, the novels Paris Trance (Picador, 2010) and Jeff in Venice, Death in Varanasi (Vintage, 2010), and a collection of essays, Otherwise Known as the Human Condition (Graywolf Press, 2011).