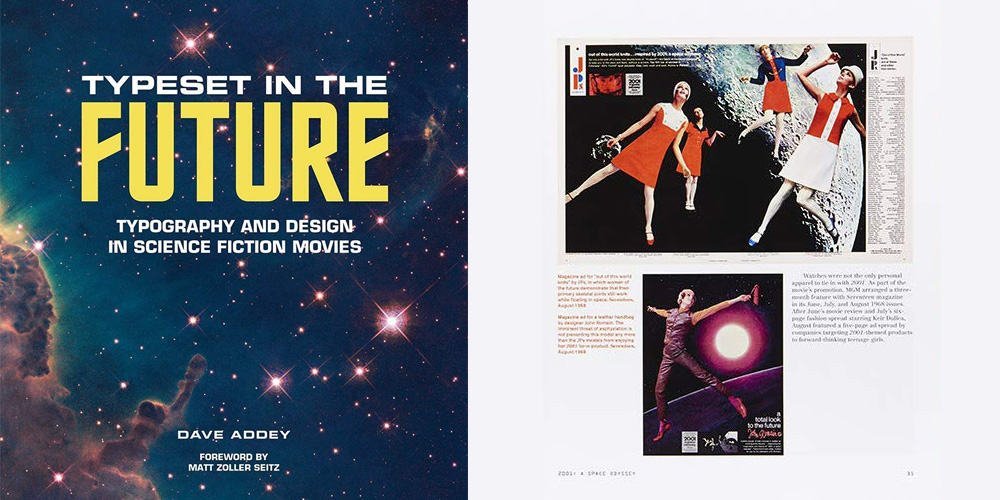 In Typeset in the Future, blogger and designer Dave Addey invite sci-fi movie fans on a journey through seven genre-defining classics, discovering how they create compelling visions of the future through typography and design.

Typeset in the Future is an obsessively geeky study of how classic sci-fi movies draw us into their imagined worlds—and how they have come to represent “THE FUTURE” in popular culture. The book contains new and expanded TITF studies for seven all-time classic science fiction movies, in a form that is beautiful enough to adorn even the most discerning of coffee tables. It’s the perfect holiday present for the design/sci-fi geek in your life, even if that geek happens to be yourself. 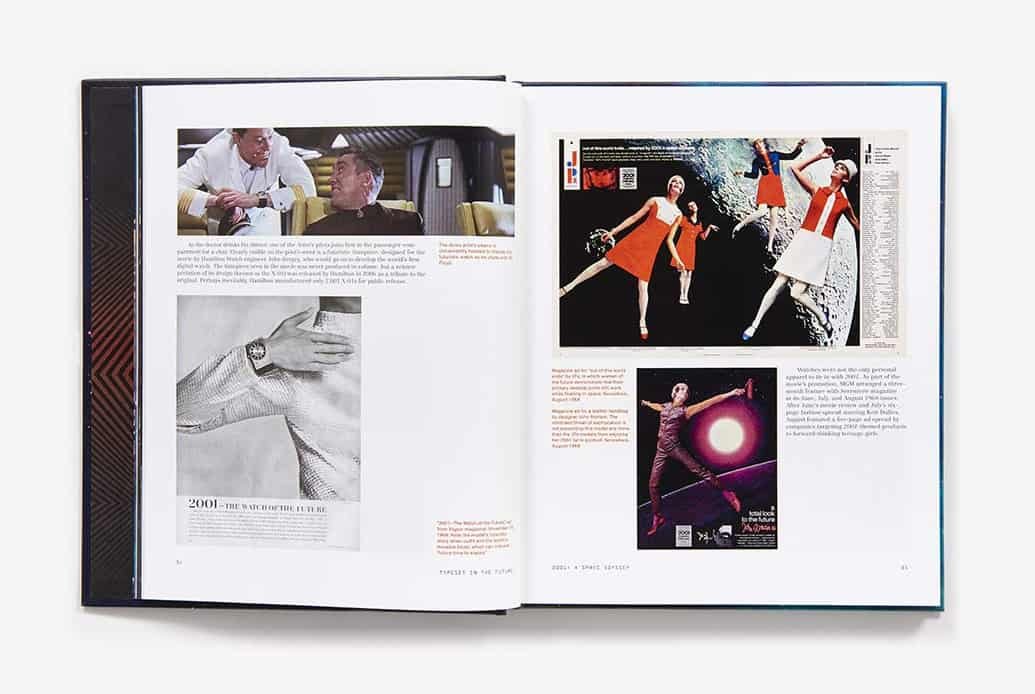 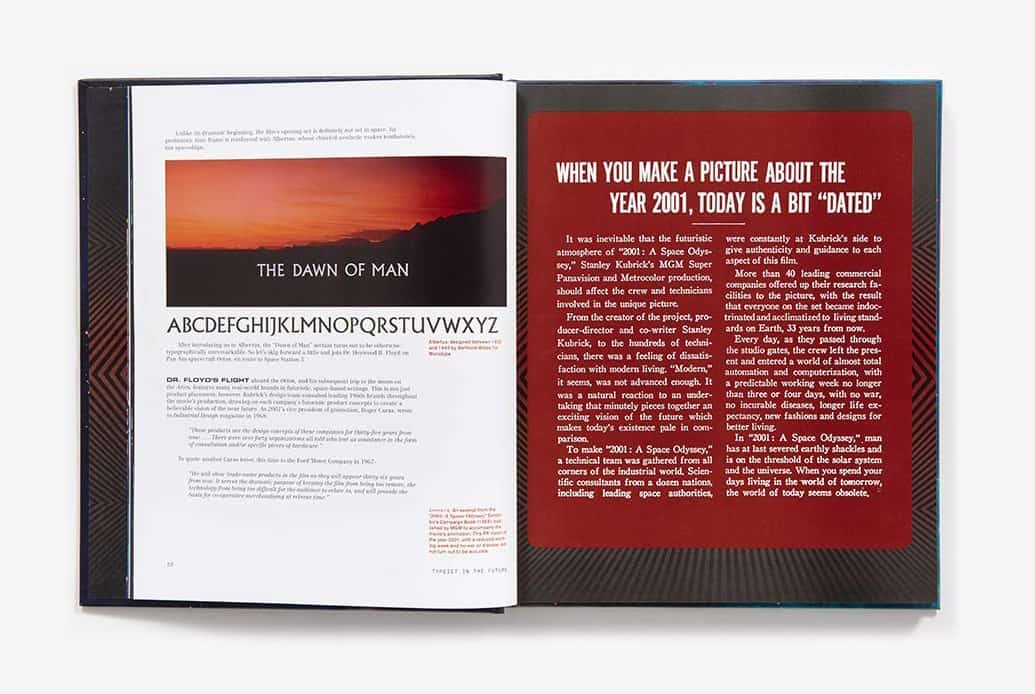 And if that’s not enough, there’s also: A study of the tricks movies uses to make their worlds look realistic without distracting you from the plot. A detailed guide on how to make your own text look futuristic. A study of futuristic movie font Eurostile Bold Extended. A foreword from Matt Zoller Seitz, editor-in-chief of RogerEbert.com, and author of New York Times bestsellers The Wes Anderson Collection and The Wes Anderson Collection: Grand Budapest Hotel.

Four existing articles from typesetinthefuture.com have been revised and expanded for the book, with even more geeky detail than the originals. (The book’s 2001: A Space Odyssey chapter already contains twice as much goodness as when I first studied the movie in 2014.) Three new studies have been written entirely from scratch, alongside in-depth interviews with the typography and sci-fi experts listed above. Sounds great! I’m going to buy a copy right now. 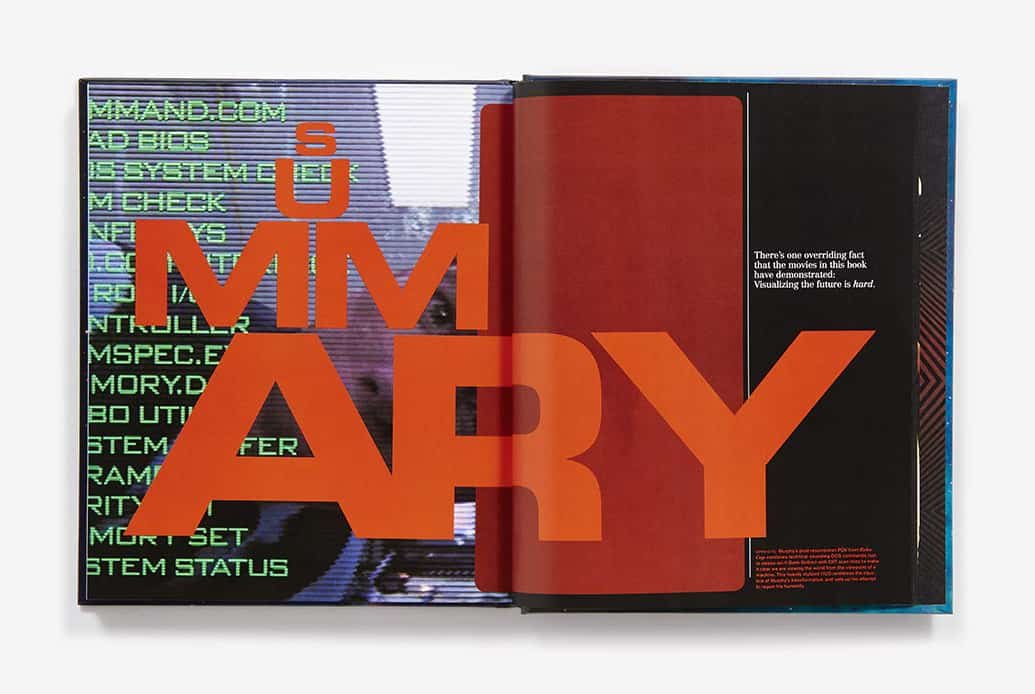 Dave Addey is the creator of the website Typeset in the Future, a detailed, geeky, and humorous study of the design and typography of classic science fiction movies. He is a designer, writer, and software developer based in Santa Cruz, California. Matt Zoller Seitz is the editor-in-chief of RogerEbert.com, the TV critic for New York Magazine, the author of The Wes Anderson Collection, The Wes Anderson Collection: The Grand Budapest Hotel, The Oliver Stone Experience, and Mad Men Carousel, and the coauthor of TV (The Book). He is based in New York City.